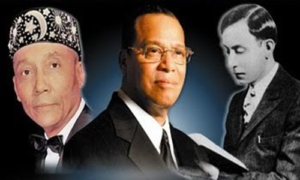 The Muhammad Universities of Islam were born from the need to revive, reform, and redeem those who had suffered from the mis-education of and hostility towards blacks in the public school system. The Honorable Elijah Muhammad founded the University of Islam because he knew that only a universal education rooted in freedom, justice, and equality could reverse the problems and challenges in the American educational system

Mr. Muhammad established a vehicle that has enabled us to control the education of our children, and consequently the direction of our future. Muhammad University of Islam (MUI) is a private institution of learning servicing early childhood, 3 years old thru 5th grade—adding a grade level every year. Muhammad University receives no government funding and maintains its operations through tuition, donations, and fundraising efforts by parents and patrons of the school.

Fill in the form below and we'll get right back with you.